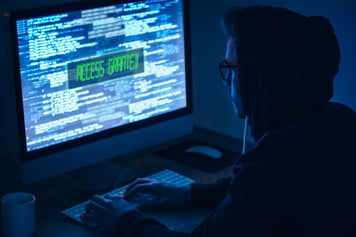 Human curiosity is a powerful motivator. It’s led mankind to make important discoveries and explore the great unknown – the world’s darkest secrets untold. With great power comes great responsibility, and when it comes to data privacy, oftentimes, our curiosity can get the best of us, including our most trusted and loyal employees.

The temptation to snoop on our ex-partner’s data or the contact information of our most idolized celebrities (just because we can and have access to), sounds outright wrong. Anyone would agree that it’s an invasion of our privacy.

But more often than not, these instances happen behind company closed doors, and most companies don’t have the systems or processes in place to detect and defend against these potential privacy risks.

A new report conducted by Wired and Reveal based on a series of “interviews with former employees as well as memos and internal documents from 2015 to 2018” found that low-level Amazon employees had been snooping on the shopping history of its users, including the likes of famous celebrities – for a while now.

According to an anonymous former service representative, his colleagues had looked up the shopping history of famous rapper and fashion designer Kanye West, in addition to actors from the popular Marvel movie series – The Avengers.

Other anonymous sources have also said that their colleagues had snooped on their ex-partners’ data.

“Everybody, everybody did it,” said a former customer service manager.

In fact, Uber found itself stuck in a similar situation in 2020 when former employees had told Bloomberg that their team members also accessed celebrity accounts, including Beyoncé’s.

Building trust in the workplace is key to any organization that wishes to rapidly innovate, but there’s an extent to how much faith a company should give in trusting that an employee who uses data, uses it properly, especially with work from home. Similarly, it begs the question: how much data is really needed to do their job?

Employee training can help ensure that employees stay up to date with the best security practices, but the right decision isn’t always made with a moral compass.

Companies must implement better security solutions that can analyze and monitor how employees interact with sensitive data to keep it safe and secure. Visit www.dasera.com to learn how to secure your data from creation to deletion.